According to the Organisation for Economic Cooperation and Development (OECD), Russia has the most educated population in the world, outperforming Canada, Japan, Israel and the USA. More than half of Russians have higher education qualification. More than 200,000 people from 168 countries come to study at Russian universities. There are a lot of advantages to study in Russia, here are just a few: 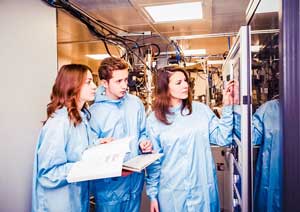 In Russia, you can acquire in-depth, fundamental knowledge in all subjects, but the country is best known for its strong academic schools in physics, mathematics and natural sciences. Russia is a recognised world leader in training mathematicians, physicists, chemists, geologists, engineers, programmers, physicians, and specialists in other natural sciences. This is confirmed by the positions of Russian universities in world rankings (For more details, see the "Russian Universities in World University Rankings" section).


A Wide Range of Universities and Study Programmes 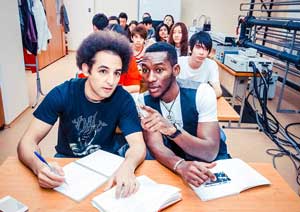 Optimum Ratio of Price and Quality of Education

In 2014, the cost of studying at Russian universities in full-time Bachelor’s Degree Programmes started from 63,000 roubles a year (1,100 US dollars), depending on the subject studied (according to the standards established by the Russian Ministry of Education and Science). The maximum tuition fee at the most prestigious universities in the capital was as high as 344,000 roubles a year (6,100 US dollars), according to data from ratings agency Expert. 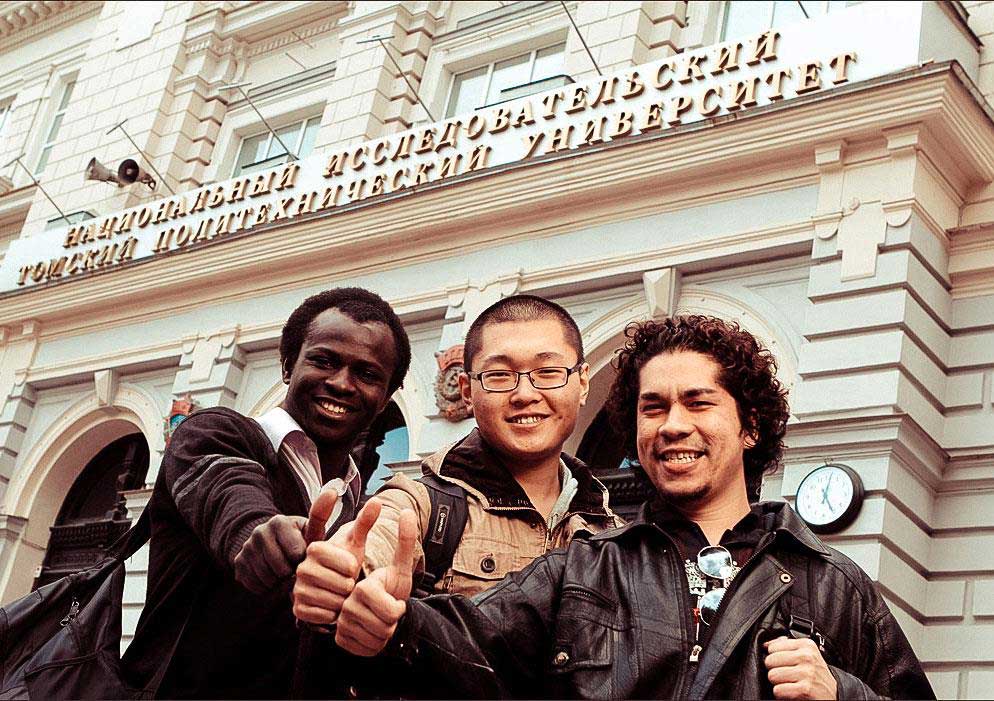 If you are considering universities located outside Moscow or Saint Petersburg, tuition and accommodation costs will be lower: prices in the regions are much lower than in the capital (see university websites for more detailed information on the tuition fee). 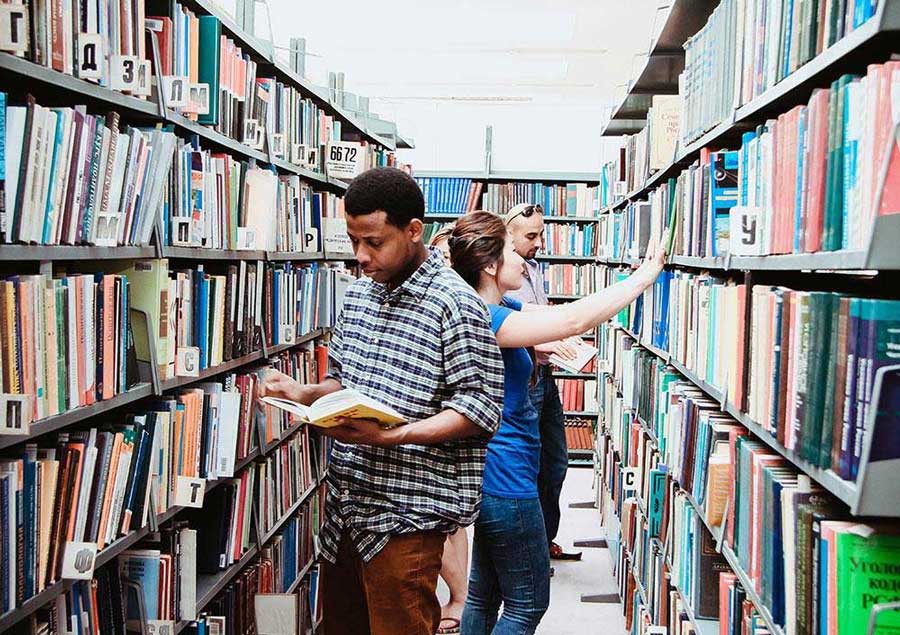 Russia is one of the few countries to offer foreign citizens the opportunity to receive free tuition. Every year, the Russian government awards several thousand scholarships (quotas) to international students. For example, in 2015 universities were allocated 15,000 quotas. In addition, some categories of foreign citizens, including compatriots, may apply for state-funded places on equal terms with Russians but outside the quotas. Another possibility is taking part in university academic competitions: the winners and laureates of these competitions are given preferential terms when enrolling at leading Russian universities (on a quota basis and for state-funded places). 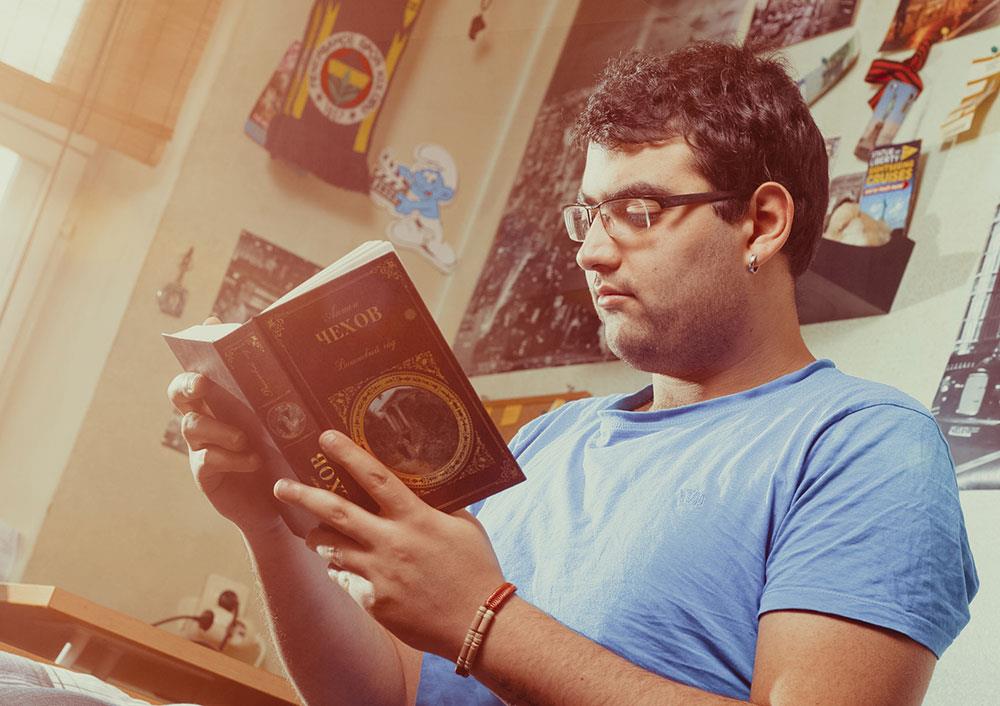 Russian is spoken by about 260 million people worldwide and some 10.5 million foreigners are regularly learning Russian. Russian universities offer different Russian language programmes, including courses, summer schools, and distance learning. In preparatory courses, international students take a year-long course in the Russian language and, for students who are enrolled in state-funded places (government scholarships), it is provided free of charge.

Opportunity to Study in English

Haven’t had time to learn Russian? No problem! More and more Russian universities are offering programmes taught in English. 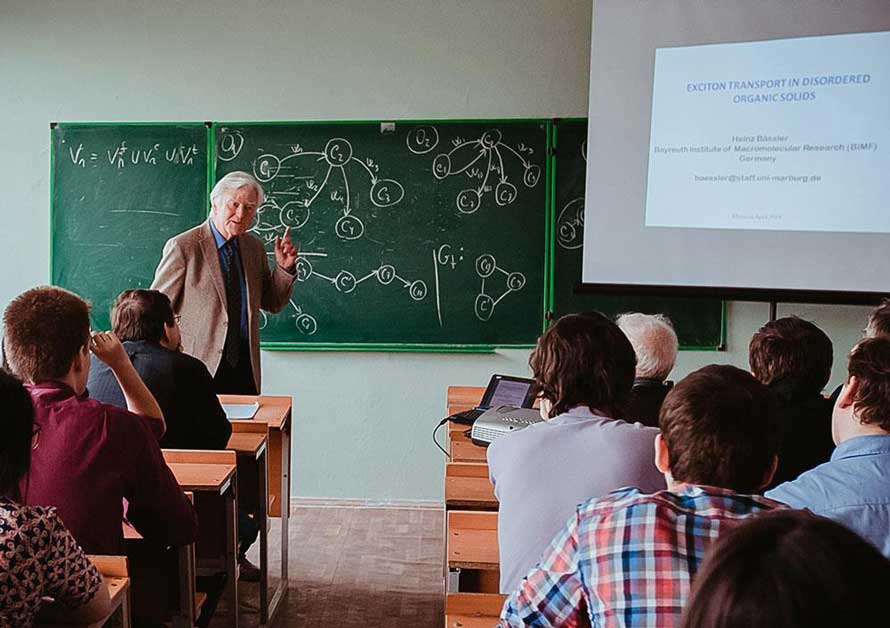 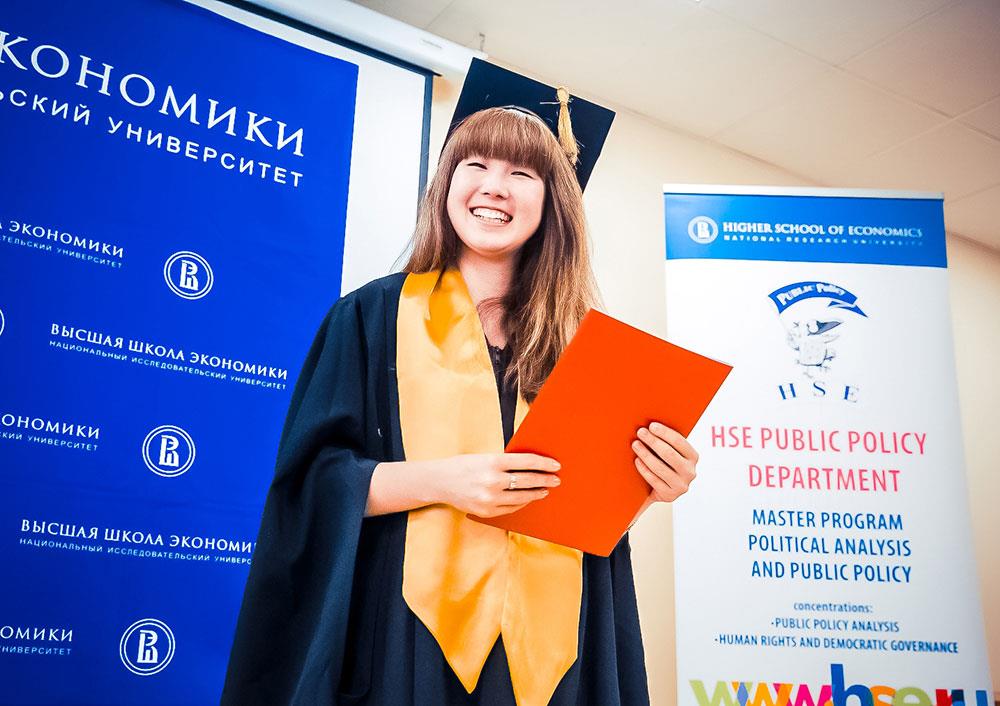 In 2003, Russia signed the Bologna Declaration, assuming several obligations as part of the creation of a common educational space of participant countries. Diplomas of Russian universities are recognised in most countries. This procedure is facilitated by intergovernmental agreements of Russia with more than 60 countries, including Finland, Spain, Cuba, India, Vietnam, China, Venezuela, and Namibia, while in June 2015 this document was also signed with France. Furthermore, many Russian universities are implementing joint programmes with foreign universities and are issuing dual diplomas to their graduates. In other words, by studying in Russia you can receive a Russian diploma and a diploma from a European university.

Comfortable and Well-Equipped Campuses and Dormitories 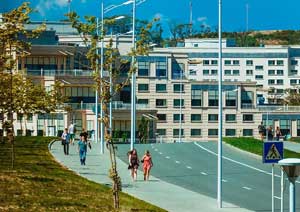 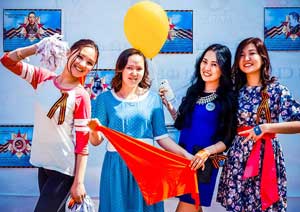 Russia is a multinational country where representatives of the most diverse countries and cultures can easily adapt to life here. Russia is home to more than 200 ethnic groups that speak more than 100 different languages and dialects. The Russian constitution guarantees freedom of conscience: Christians, Muslims, Buddhists, Judaists, and representatives of other faiths peacefully coexist here. The country's multinational and ethnic structure illustrates the diversity of all spheres of life, from cultural to domestic. Unsurprisingly, many foreigners arriving in Russia feel at home here. Russian universities are proud of their long experience in the training and acclimatisation of international students: supervisory programmes are arranged for first-year students and there is an established network of student communities. 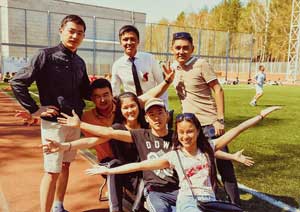 Russia is a vast country where you can choose not only a course of study or university, but even your preferred climate – from a moderate continental climate in the European part of the country to the subtropical Black Sea coast of the Caucasus and southern Crimea. (For more details, see the "Climate" section). 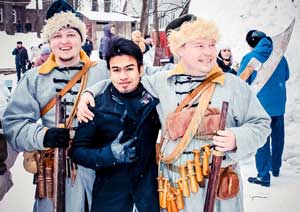 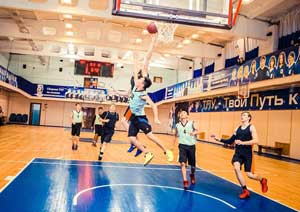 Russia is a nation of sports enthusiasts that has given the world some of its greatest athletes: Irina Rodnina, Vyacheslav Tretyak, Maria Sharapova, Evgeny Plushchenko, Alexander Ovechkin, Elena Isinbaeva, Alexander Povetkin, and others. More than 60% of residents and 71% of students in Russia are involved in sport. Sports facilities include 70,000 gyms, 140,000 sports pitches and fields, and 4,800 swimming pools, accessible to all.

Russian universities typically have their own sports facilities and are well placed to offer students excellent opportunities to get involved in sport. Sports teams are formed at universities, many of which win prestigious competitions, including Universiades.

The country has hosted international sporting events on many occasions; in 2014, it hosted the Winter Olympics in Sochi and a Formula 1 race. The 2018 FIFA World Cup and the 2019 Winter Universiade (2019) are the next major events on the calendar. 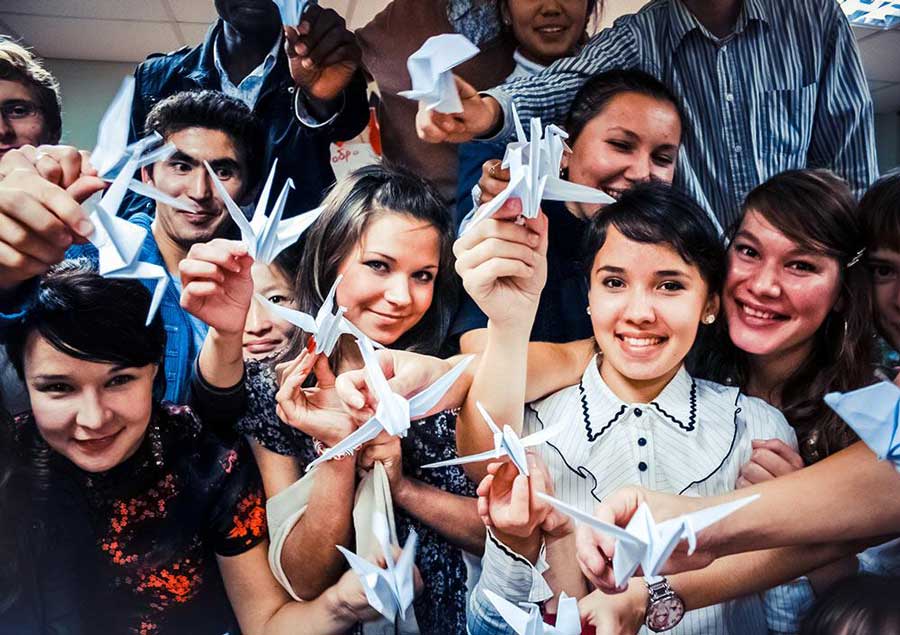 Students in Russia are eligible for a range of discounts (more "Benefits for Students") including for travel on public transport, for visiting museums, libraries, theatres, concert halls, parks and other public and entertainment facilities. 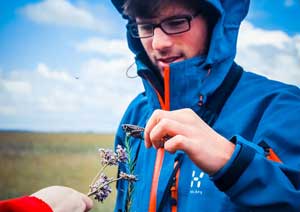 Students in Russia are never short of something to do after class. They take part in sports competitions, contests, student festivals and other recreational events. Universities have their own student theatres, sports teams, volunteer associations and student construction teams. A unique creative outlet for Russian students is the humorous KVN games (Club of the Merry and the Quick-Witted): the best university KVN teams take part in a televised contest broadcast on a central Russian TV channel. 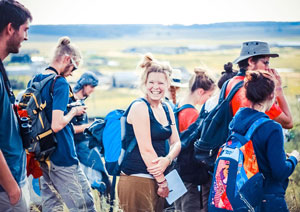 The Bolshoi Theatre, the Tretyakov Gallery, the Pushkin Museum of Fine Arts, the Hermitage, and St. Isaac's Cathedral are Russian cultural sights known worldwide, attracting millions of tourists every year. However, this is merely the tip of the iceberg on the list of things worth seeing. 26 Russian cultural sites are included in the UNESCO World Heritage List. In addition to the Kremlin and Red Square, the UNESCO list includes the monuments of Novgorod, Suzdal, Vladimir, the Holy Trinity Monastery of St. Sergius, Lake Baikal, the volcanos of Kamchatka, the Golden Mountains of Altai, the Novodevichy Convent, the Curonian Spit, and others. Many universities organise trips for students. The choice is almost endless: from the Golden Ring spanning 8 ancient Russian cities to traveling the legendary route of the Trans-Siberian Railway.